September 16 2022
Season 2 of the Netflix series Fate: The Winx Saga was announced in June 2020, before the premiere of the first season.[1] On February 18, 2021, Netflix officially announced that the series was renewed for a second season. The season will consist of eight-episodes. In addition, the cast and crew will reunite later this year to begin production in Ireland for this season.[2][3]

On July 20, 2021, it was announced that three cast members joined the series and that the series is in production in County Wicklow, Ireland.[4][5]

School’s back in session under the militant authority of Alfea’s former Headmistress Rosalind. With the Burned Ones gone, Dowling ‘disappeared’ and Silva imprisoned for treason, the Alfea of last year has grown up with new magic, new romances and new faces. But when fairies start to go missing in the night, Bloom and her suitemates discover a dangerous threat lurking in the shadows. One they’ll have to stop before it wreaks havoc on the entire Otherworld.

Ahead of confirmation of a filming start, we learned that production was due between Mid-July 2021 and November 2021 with filming once again taking place in Dublin, Ireland.

On July 20th, 2021, we got confirmation that filming had begun alongside the new cast members. Filming for season 2 is taking place again in County Wicklow, Ireland. We also know that some filming was conducted in Avoca, Ireland. Filming continued into August 2021 with many of the cast members posting videos and photos of their time on set.

Filming concluded in November 2021, in Avoca, Ireland, according to posts on some actors social media posts. 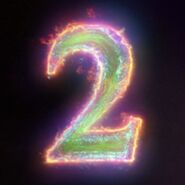 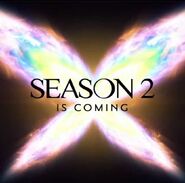 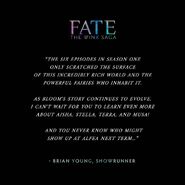